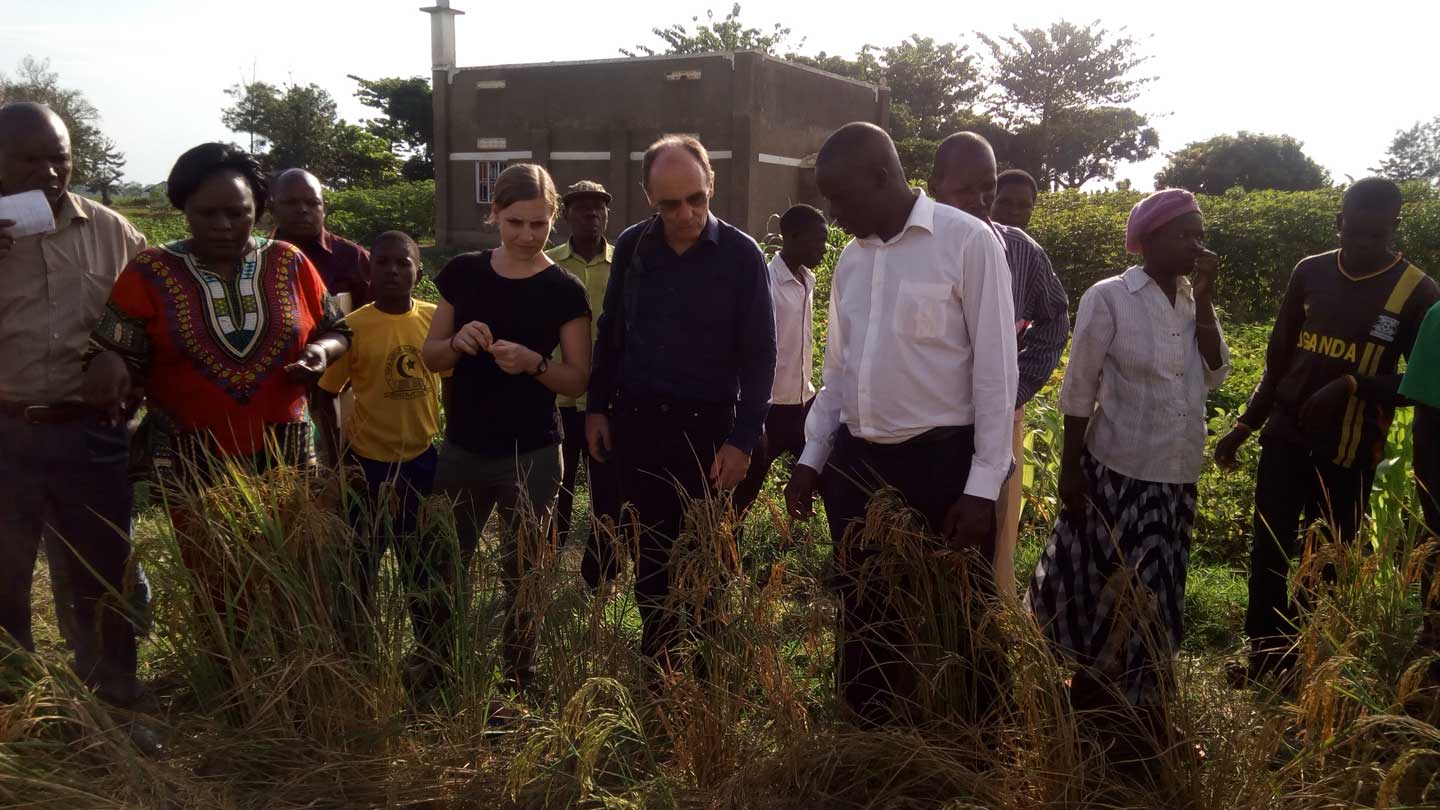 Tororo (Uganda), December 2017. GreenTec Capital Partners are very pleased to announce that Divine Masters Limited (DML) is partnering with the German Development Cooperation (GIZ) under its ‘Employment for Sustainable Development in Africa’ (E4D/SOGA) program. DML and GIZ have jointly developed the project “fIT2farm – Smart Farming for sustainable employment in Eastern Uganda” and signed a cooperation agreement to implement it together. The GIZ E4D/SOGA program is a regional employment promotion program commissioned by the German Federal Ministry for Economic Cooperation and Development (BMZ).

Simon Hoerhold, a GIZ advisor said “After nearly a year of preparing the cooperation between Divine Masters Limited and GIZ, we, as project staff of GIZ, are very pleased and excited to announce the official launch of the fIT2farm project. “ Thomas Festerling, GreenTec co-founder and CFO said “We are very happy to see our investees’ impactful model align with the GIZ mission to create jobs and increase incomes in Sub-Saharan Africa.“

The collaborative project between GreenTec, DML, GIZ, and Seed Forward will contribute to several areas of impact including knowledge transfer on business and agricultural training, the implementation and propagation of sustainable farming techniques, and the improved jobs and livelihoods for rural living Ugandans. DML plans to expand its operations to include food processing in the near future, which will provide additional value to DML’s crops as well as develop the Ugandan agricultural value chain. We look forward to reporting more on the project as it progresses.

Frankfurt (Germany) and Lusaka (Zambia), April 2021. GreenTec Capital is very pleased to report that our Zambian portfolio company, WidEnergy Africa was selected as one of nine grantees for the GSMA Innovation Fund for Mobile Internet Adoption and Digital Inclusion. WidEnergy was selected as a finalist from a pool of 598 applicants in 44 countries….