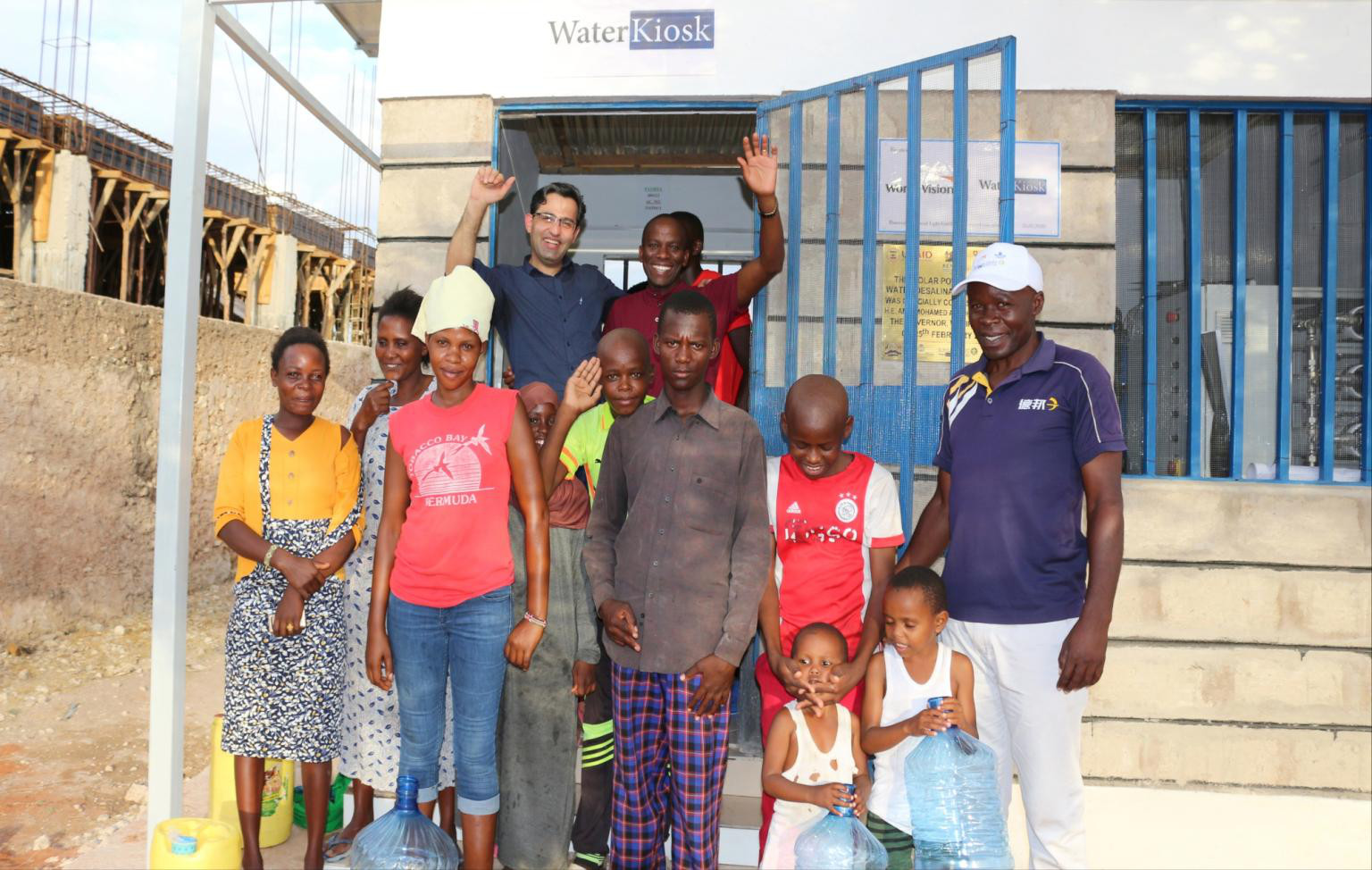 Nairobi (Kenya) and Frankfurt (Germany), February 2020. GreenTec Capital is very pleased to report that Boreal Light has launched another WaterKiosk project in Kenya. The kiosk is a public-private partnership between Boreal Light’s WaterKiosk and the Wajir Water Company with financing support from World Vision. The newly launched water desalination system is powered by a 10kw solar array and is capable of producing 20,000 liters of hygienic drinking water daily.

The new kiosk will be located in Wajir City, in North East Kenya, a region which has been particularly drought affected in recent years. The kiosk will dramatically improve the quality of water available to Wajir’s  residents where only 5.1% of the population of the entire county has access to potable water and residents primarily rely on high-salinity borehole water. This installation is the first of six planned by the partnership consortium to be deployed in 2020. Like all of Boreal Light’s installations, the kiosk will operate on 100% renewable energy and provide a much need option for hygienicw water to Wajir’s residents, but also much needed economic stimulus from local job creation.