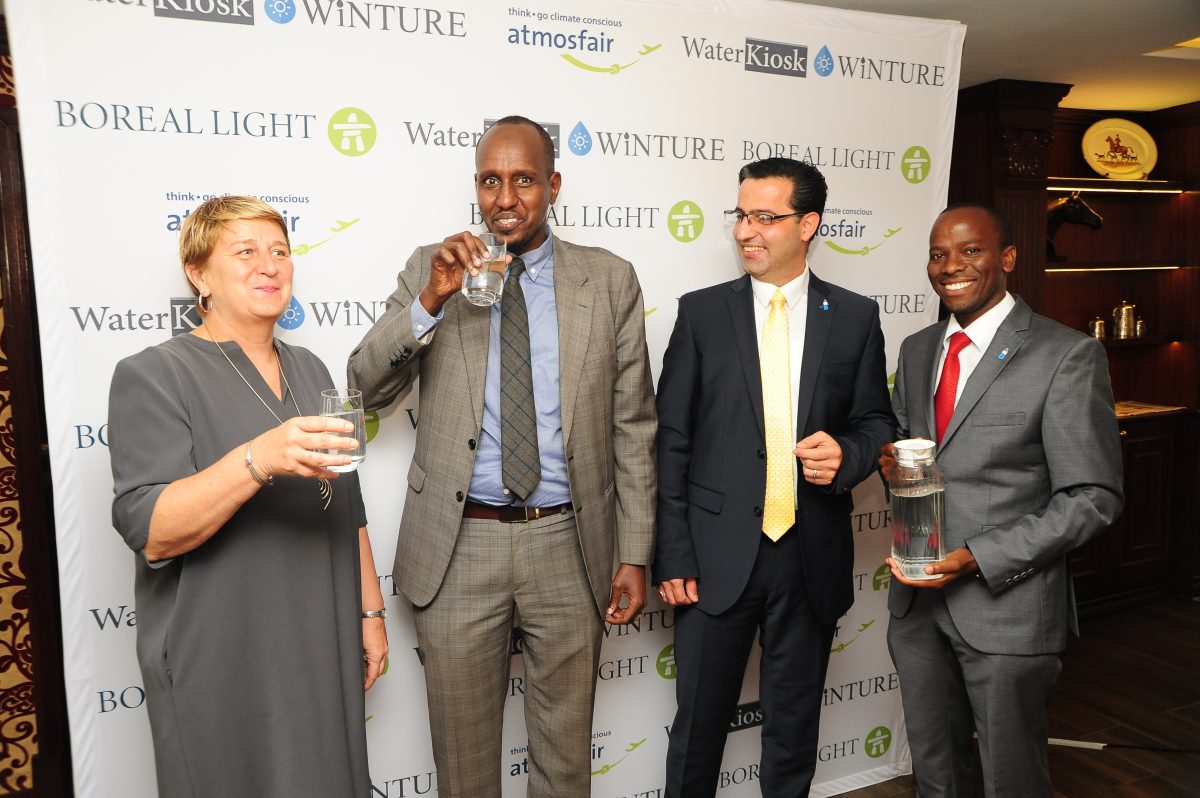 Frankfurt (Germany) and Nairobi (Kenya), March 2020. GreenTec Capital is very pleased to report that Boreal Light have announced the launch of the largest decentralized solar water desalination project in Eastern Africa in partnership with WaterKiosk LTD,  Atmosfair GmbH and the Bilal Sustainable Development Project. The project’s genesis can be traced to an industry event organized by the AHK Eastern Africa’s Competence Center for Energy and Environment in 2017 which was implemented by the  AHK Eastern Africa, where Boreal Light was introduced to key personnel that make up the current WaterKiosk® team.

The partnership consortium of Boreal Light, WaterKiosk LTD, Atmosfair, and the Bilal Sustainable Development Project plans to deploy solar water desalination systems. The project is financed by Atmosfair, with WaterKiosk LTD acting as the implementing partner, and Boreal Light as a manufacturing partner, and sustainability management and auditing by the Bilal Sustainable Development Project. The installations will be operated by WaterKiosk LTD, Boreal Light’s Kenya-based entity. When complete, the installations will deliver more than a million liters of hygienic drinking water per day. Installations are planned for Wajir, Mombasa, Naivasha, Garissa, Turkana, Machakos, Makueni, Kajiado, Marsabit, Narok, Mandera, Kwale, and Taita Taveta Counties.

Atmosfair GmbH, the project’s financing partner, will own and sell the carbon credits generated from the use of the project’s solar water desalination systems. Each of the WaterKiosk offsets 236 tons of CO2 per year, making a total of 9,440 tons per year for the entire project. WaterKiosk LTD is Boreal Light’s Kenya based entity. The business case is also complemented by the additional impact from the provision of access to quality water at affordable cost to the most vulnerable communities with respect to water security in Kenya.

Maren Diale-Schellschmidt, Delegate of German Industry and Country Director of AHK Eastern Africa Ltd. stated at the launch that the initiative is a success story for AHK Eastern Africa. “Our office is responsible for Kenyan-German business relations. It is a proud day for us that this initiative was a consequence of a business delegation held two years ago. Plus, this innovation combines both German carbon emissions concerns with a need for access to safe drinking water in Kenya.”

Dr. Hamed Beheshti, CEO of Boreal Light said “We have invested for two years in simplifying the process specifically looking at the market conditions. This means that even the technology being implemented can be serviced easily by trained members of the communities being served. Some of these community members have only reached a level of education as high as a secondary school. Yet, they are able to service the technology effectively.”

Ismail Fahmy M. Shaiye, Kenya Water Trust Fund CEO said “It is important that equipment from Europe be applicable to African needs. Boreal Light technology has been built with users in mind. Having been a child who was walked 3 kilometers just for a bath, I personally understand the importance of bringing such solutions to those with the most need.”

The news of the project is the latest of several big announcements from the impactful Berlin-based Boreal Light, who recently opened offices in South Africa with a view to expand into the SADC. We look forward to reporting on more of Boreal Light’s developments and progress as we learn about them.