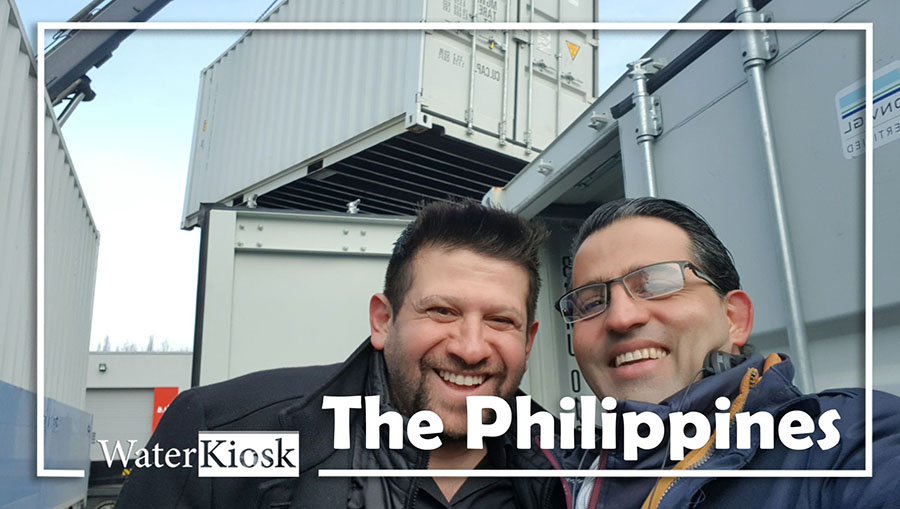 Frankfurt and Berlin (Germany), February 2021. GreenTec Capital is very pleased to report that Boreal Light GmbH has begun their expansion beyond the African continent with projects initiated in Indonesia and the Philippines. Earlier this month, five container-based water desalination units were loaded onto a cargo ship headed for Manilla. The company’s Asian expansion follows on strong growth in Africa in 2020 and the successful closing of a USD 7.5 million funding round earlier this year.

Building on their successful track record of implementing public-private partnerships and collaborations with charity groups and family offices, the water desalination units sent to the Philippines will be deployed in partnership with a Germany-based real-estate company. Dr. Hamed Beheshti, CEO and Co-Founder of Boreal Light, said “For the first time we are using a franchise model, and our business partner is funding it.” The collaboration developed from the real-estate company’s desire to diversify their activities into a new sector and ‘do good’ while addressing a problem. Despite obvious differences in geography and climate, South Asia and Africa face a number of the same development problems with respect to water access. Boreal Light’s Winture® water desalination systems are specifically designed to address exactly those environmental contexts.

Dr. Hamed Beheshti said the equipment on route to the Philippines is tailored for the local geography at the installation sites. “The equipment is specialized for the market. They are ‘containerized solutions’, fully independent, and requiring minimal technology capacity.” He said the systems will include both manual and automatic water pumps, and will provide desalinated drinking and irrigation water for the communities they will be placed in. He added that the company’s successful WaterKiosk model is ideally suited to for off-grid contexts and will be welcome at the five initially selected sites.

Boreal Light’s expansion into South Asia marks an important milestone for the comany as they enter their upscaling phase. With their innovative technology and business model field-tested in Africa, the company is ideally situated for global expansion with markets in Latin America among future targets.