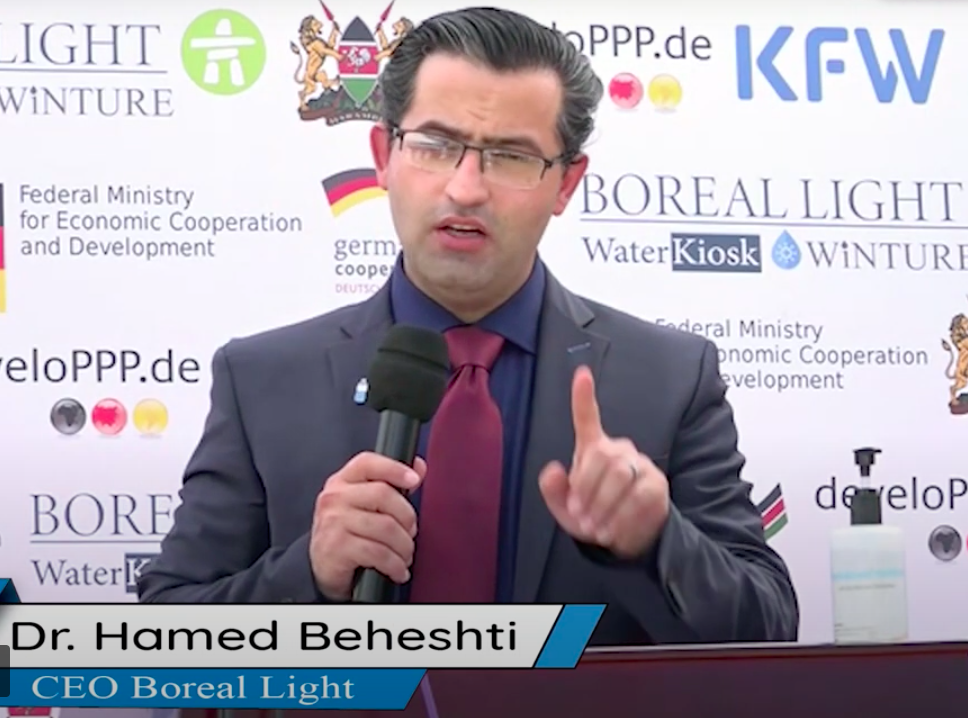 Dr. Hamed Beheshti, CEO of Boreal Light said “The systems operate solely on solar energy and require no chemicals to sterilize waste water and make drinking water.”  The 28 systems will eventually supply over one million litres of safe drinking water to patients and health workers.

The project is supported by the develoPPP.de program which is implemented by DEG (Deutsche Investitions- und Entwicklungsgesellschaft) on behalf of the German Ministry for Economic Cooperation and Development (BMZ).