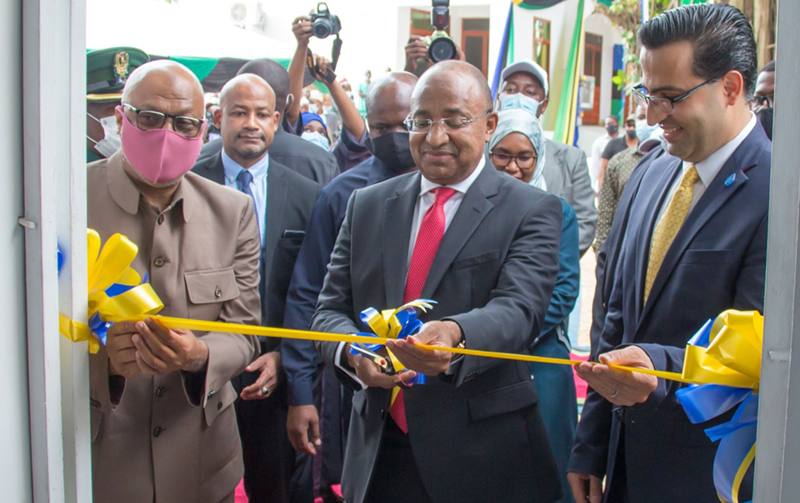 Berlin (Germany) and Stown Town (Zanzibar), February 2022. GreenTec Capital is very proud to report that Boreal Light has begun work on their most ambitious project to date, providing 100% of Zanzibar’s water powered by renewable energy. On February 12th, the company broke ground on a water desalination plant at the Mnazi Moja Hospital in Stown Town, Zanzibar. When completed, the plant will be capable of providing more than 100,000 liters daily of hygienic desalinated water for the hospital’s use.

The Mnazi Moja project is a part of the Berlin-based company’s contract to provide 100% of the island nation’s water supply with its renewable energy-powered technology. The project was announced in late 2020, and began earlier this year with the installation of a desalination system for the Nungui School in North Zanzibar  The hospital has a capacity of 776 beds and is the largest in the island state and at the forefront of Zanzibar’s battle against the COVID-19 pandemic. The hospital’s plant is also equipped with a system to treat wastewater, ensuring no contaminants are released. The Zanzibar project illustrates the versatile capabilities of Boreal Light’s water desalination systems to provide hygienic water at scale using renewable energy.

The project is being implemented on the ground by WaterKiosk limited, Boreal Light’s African subsidiary, and is supported by the develoPPP program, which DEG implements on behalf of the German Federal Ministry for Economic Cooperation and Development (BMZ). The plant’s inauguration was attended by the President of Zanzibar himself, Dr. Hussein Mwinyi, who was on hand for the ribbon cutting.

We are very excited to see the Zanzibar project being implemented and look forward to reporting more on its progress.