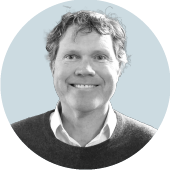 Emmett is our Communcations Officer supporting the GreenTec Capital communications department. Emmett  brings an extensive background in journalism and corporate recruiting to the role. He will support GreenTec communications activities and support its portfolio companies in grants management as well as identifying and developing relevant opportunities as GreenTec continues on its mission to support entrepreneurship in Africa.

Following his time in Asia, Emmett returned to New York where he joined A.T. Kearney as a consultant in its Executive Search Practice, where he leveraged his strong research skills in identifying and advocating on behalf of strong candidates.

Since moving to Germany in 2010, Emmett has written numerous articles for organizations including the American German Business Club and the Frankfurt International School. Emmett enjoys photography and designing and executing “home improvement” projects.