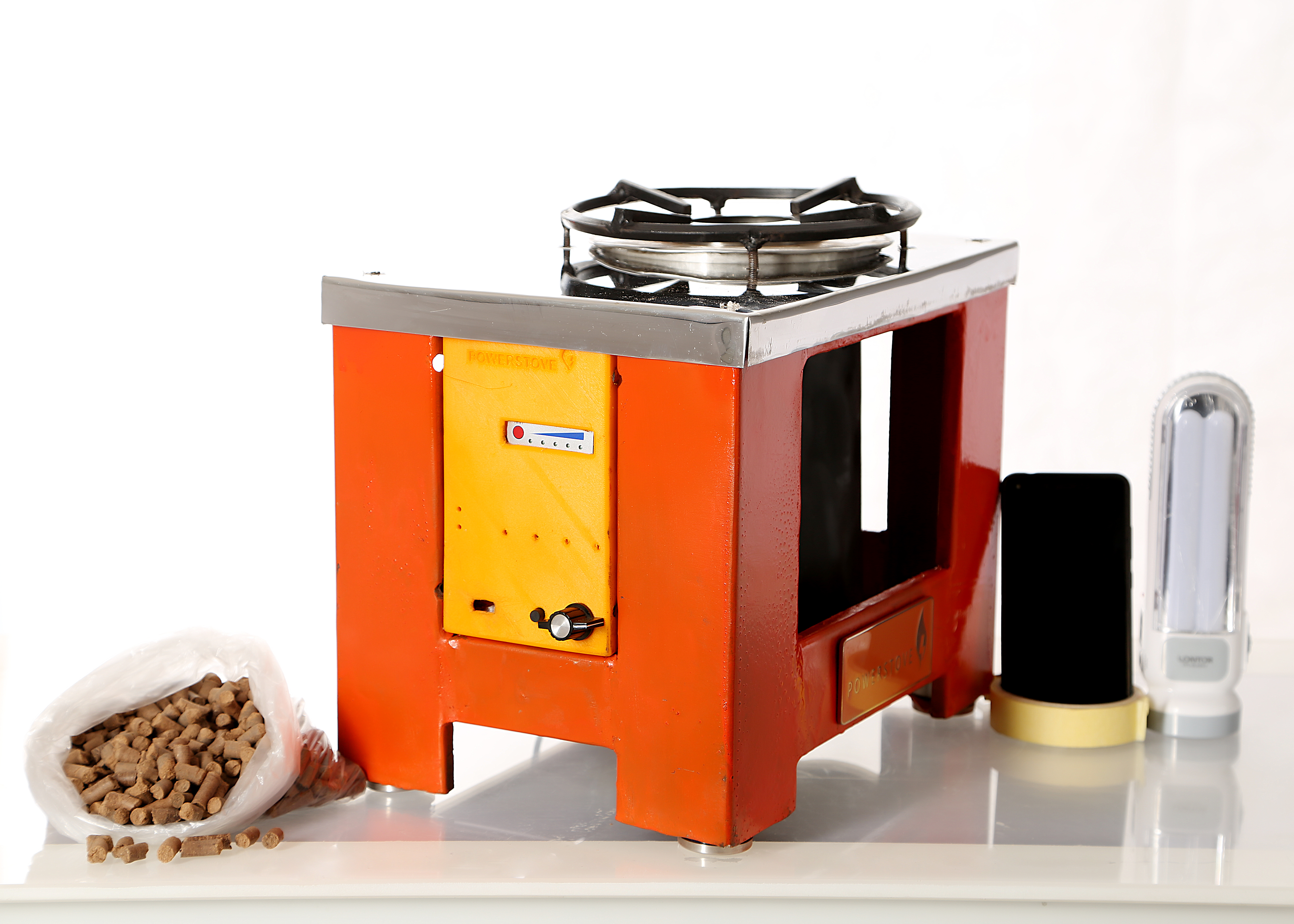 Problem: 96% of Nigerian households use firewood, charcoal and kerosene as their prime means of cooking despite the health hazards and their negative environmental impacts

Powerstove’s Solution: Powerstove converts non-recyclable paper, wood and agricultural by products of various crops into biomass pellets, which are then used to fuel the affordable, fuel efficient, and smokeless cook-stove.

The innovative stove is able to produce 50 watts of continuous power, providing enough energy to charge phones,  lights, a camera, and more. Surplus electricity is stored in an attached Lithium ion battery allowing users can charge additional devices via USB in real time whenever they need it; even when the fire is off.

The stove is equipped with a stainless steel burn chamber that burns biomass such as wood pellets, charcoal, sticks, or twigs and can reach 1000 degrees in less than 3 minutes, which allows the stove to cook foods 5x faster than any traditional stove.

The Powerstove precision airflow system kicks in and inject the fire with right amount of oxygen through the 85 jets located inside the burn chamber, enabling the complete combustion of the fuel. With its built-in battery and four-speed fan, the fan regulator allows users to control the temperature while cooking. With improved airflow, Powerstove is using up every particle, giving user a cleaner, and better flames to cook their meals and charge their phones.

Finally, the stoves are equipped with an IoT System  with internal pre-programmed and programmable computer chips that controls the fan, electricity supply, and also data transfers over 2G/3G network by using input sensors and output components to control all these functions. Powerstove is currently the world’s first and only clean cookstove to achieve built-in IoT System technological feature.